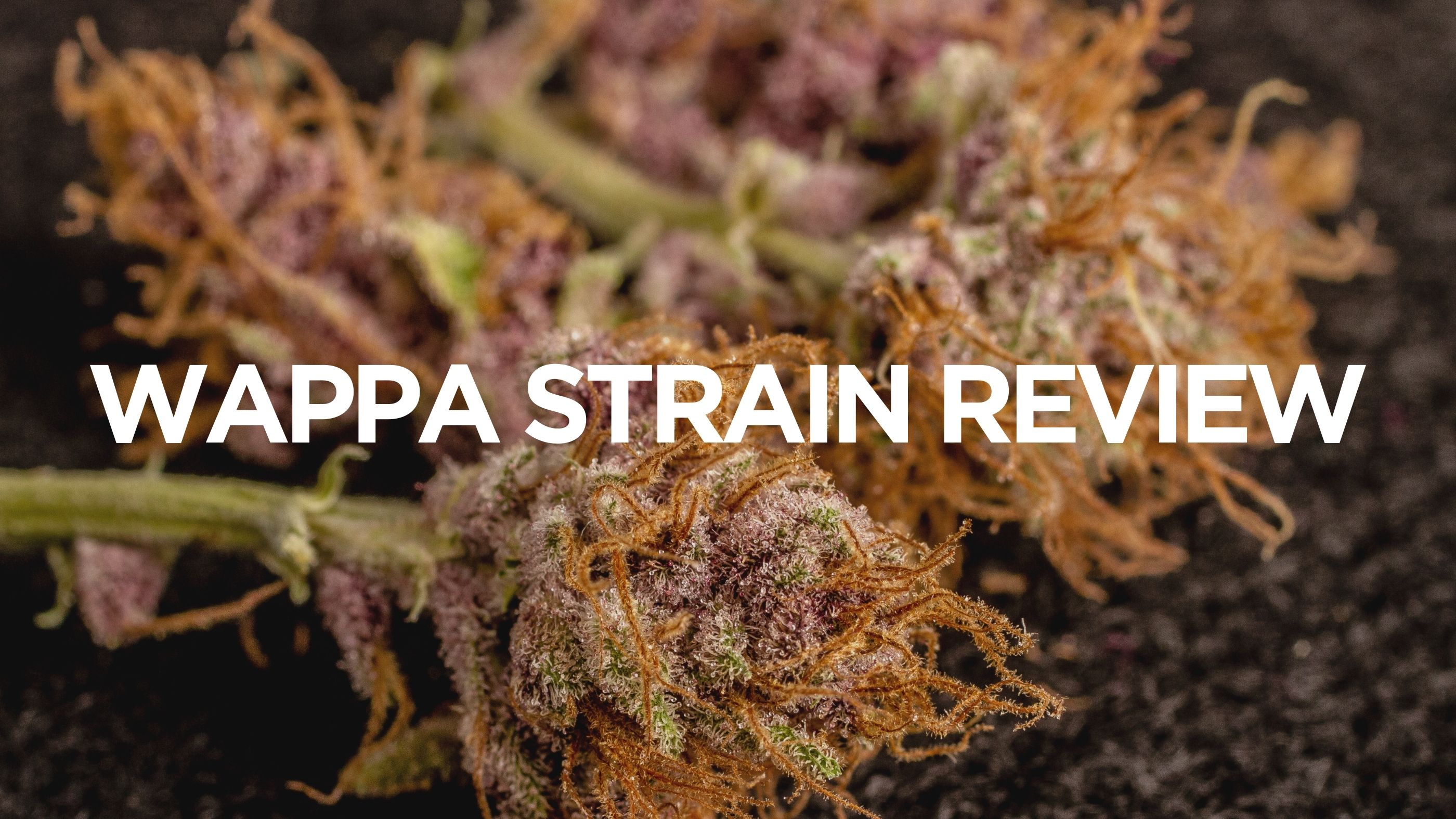 Cannabis users across the globe who are looking to ease up their lives by kicking back and taking some time off to relax have found that the Wappa proves to be the best in the business for those types of needs. The Wappa cannabis strain is highly regarded around the world for its universally appealing flavour profile, as well as being the perfect plant for anyone looking for a massive punch of great power, yet also a form of soft power that pushes its user through the doors of perception, with only a gentle nudge as opposed to the type of elevator free fall nudge you would get from magic mushrooms.

This Indica dominant strain is best enjoyed during the later hours of the day towards nightfall. Usually, around the exact time, people are looking to kick back and enjoy a relaxing high. A pleasant fact, Wappa brings a unique ability to the table, which you wouldn't expect from other strains. It can spread throughout the body in a very even and smooth fashion, relaxing all muscles and mind at once. Though this might be reminiscent of some other strains, the Wappa strain sets itself apart from them by providing users with a certain level of mental stimulation, all while carrying relaxation throughout their bodies. When you add the Wappa profile to that, the profile containing a solid mix of flavours, the strain proves itself worthy of being enjoyed by the likes of all cannabis users, ranging from age-old users to people who are looking to get their first few puffs in.

Cultivated from the Paradise seed, this cross between the Sensei seed and the Delahaze seed contains a 60% Indica dominant hybrid. They are both cross-bred in such a way as to give you the best of both worlds. The effects of the Wappa strain are said to be extremely sensitive and last for a good while, toning down your muscles, relaxing your body, and giving you the high you need. The drug has a substantial quantity of THC, and its efficacy as a medicinal drug can be as effective as a recreational drug. Containing anywhere from 11-22% of THC, mutually potency will be powerful and should only be used by people accustomed to the potency. If a person with a low threshold for THC uses it, it might lead to severe physical and mental effects.

The wappa strain is very easily recognizable and can be easily distinguished from other cannabis specimens because of its remarkably singular appearance. The leaves are broad nearer to the base, where they approach the stem, and become a little less rounded around the curved edges before coming to a crescendo and, the two sides, coming together to form a funnel-shaped tip that has accentuated length. Small pistols that dangle and settle in the refined spaces between the leaves are among the cacophony of buds protruding from the plant. The pistils are very exuberant and distinguish themselves prominently from the plant with their vibrant and explicitly bright colours. Coming in with a tinge of crimson and interspersed with yellows and oranges, with a gentle colour gradient, they are a delight for the eyes and, at the same time, strikingly juxtaposed with the thick green foliage of the plant.

The very scent of the wappa strain will bring with it a light sensation of airiness, and it will feel very buoyant, almost as though you don't even have to struggle to get a whiff of it. In the crux and at the forefront of it all, the buds give off a delightfully sweet aroma of a faint touch of molasses deeply distilled. Accompanying this sublime scent is that of energetic and fresh citrus, coming together in solemn amalgamation. The combination of the two brings out the radiance of the plant, and the fiery yet enchanting smell beckons the user onward. When a stalk of the buds is taken off and removed, it fills the air with the scent aforementioned, with a potent dose. It hangs in the air for a while, thick, dense, and pungent. It serves to remind the user of its admirable potency and effectiveness. Wholly, the entire scene describes, as it were, a precursor of what the dry, warm smoke is going to taste like and the sanguine that follows.

How do you Grow Wappa?

Growing the Wappa strain is a strenuous and time-consuming task and a nuisance for the person cultivating it; the reward, however, is also no ordinary cannabis. The Paradise seeds required to grow the plant have been made available for the public, and it should not be tough to get your hands on it. As with many similar and different strains, the cultivator chooses to grow them indoors or outdoors. Inevitably, the choice of indoor VS outdoor boils down to the quantity of the substance you wish to procure. Each plant will take around 1.5 -2 square feet of area to grow to its maximum capacity in the shortest time possible. One other thing that has to be kept in mind is that for plants grown outdoors, it is recommended that the ambient temperature be between 70 -80 degrees Fahrenheit in a semi-arid climate zone, one where rainfall is moderately available to ensure humidity in the surrounding air. Wappa is a little resilient, and however, in as much as, it can withstand some dramatic fluctuations in temperatures and precipitation, though not for extended periods.

The Wappa strain, similar to other indicas, grows to about 2 feet in height, and then its branches and leaves begin to brush outwards, causing it to take up more space than necessary. This can be detrimental for those looking to grow their seeds in a packed environment or even indoors. To resolve this issue, many growers will, now and then, cut some leaves from the sides. However, this may impair the growth of nodes near the bottom of the plant. The maintenance is, to some extent, undeniably complicated, but in 8- 9 weeks of planting, they will be ready to harvest, each plant giving around 1.5 ounces of the flower.

Wappa is an intense and thoroughly pleasurable strain to smoke. Being a creeper, by default, it will take around 15 to 20 minutes for the effects of the drug to start prevailing over the mind and body; the smooth and slow drift into utopic oblivion. If users use a dosage more significant than their threshold or if an experienced smoker adds an excessively sizable quantity of the strain to their joint, then they will likely experience mild irritation or a slight discomfort; teetering on the edge of a headache in the regions, in and around their temples. The sense of calm and relief that prevails over a person feels like a slow sense of reprieve overcoming a shapeless body. The sensation trickles down the back of the spine and distributes itself to the upper and lower limbs like a river flowing into its distributaries. With the help of Wappa, users will find it easier to drift from thought to thought; the drug itself grants unparalleled user flow and a very immersive imagination. Not very uncommon when it comes to medicine of this calibre; ancient Egyptians and folks from the early renaissance used it to empty their minds. This is precisely the modus operandi of the Wappa strain, and it makes it so that the user can numb their thoughts and flow freely in the depths of their minds. Keeping in mind its ability to form novel connections between ideas, it promotes a more conducive and coherent conversation. In higher doses, it can also peacefully coax a user into sleep; this is best done near the end of the day so as not to disturb one's sleep schedule.

The ability of Wappa to be used as a mild sedative has profound implications for its use as a medicinal drug. It can assist and alleviate the symptoms of certain psychological diseases, diseases that have no physiological symptoms but only exist in the mind of patients. Conditions such as depression, anxiety, stress, obsessive-compulsive disorder, and bipolar disorder. In addition, the fact that it releases tension in the body and muscles makest ideal for treating aches and pains and certain psychosomatic illnesses, such as intermittent tremors in the limbs. The use of Wappa does not promote the mind's fixation on a specific plan but rather disperse the attention and allows a person's mind to wander freely. This will undoubtedly aid those prone to overthink panic, mania, melancholy,y and, of course, paranoia. The most debilitating disorder it is ideally suited to treat is mild to severe cases of insomnia; its very smooth and calm drift towards unconsciousness makes this a perfect fit for those sleepless nights. Also, Wappa's minor, or relatively lesser-known, side effect of inducing hunger makes this a suitable option for those recovering from illnesses and ailments that often make an individual lose their appetite, such as chemotherapy.

So, whether you use Wappa for medicinal purposes or recreational, it will no doubt lead to great relaxation.

Where do you Find The Best Wappa Strain?

If you are looking to get your hands on some quality Wappa strain, then you are in luck because you can head over to ARCannabis right now.

They deliver the highest quality Wappa Strain right to your doorstep, and if you are not in the mood for some Wappa, then you can try out a wide variety of other strains from their flower list.

Once again, if you don't want to waste your time trying to look for high-quality cannabis products, then head over to ARCannabis right now to sort out all of your cannabis needs. 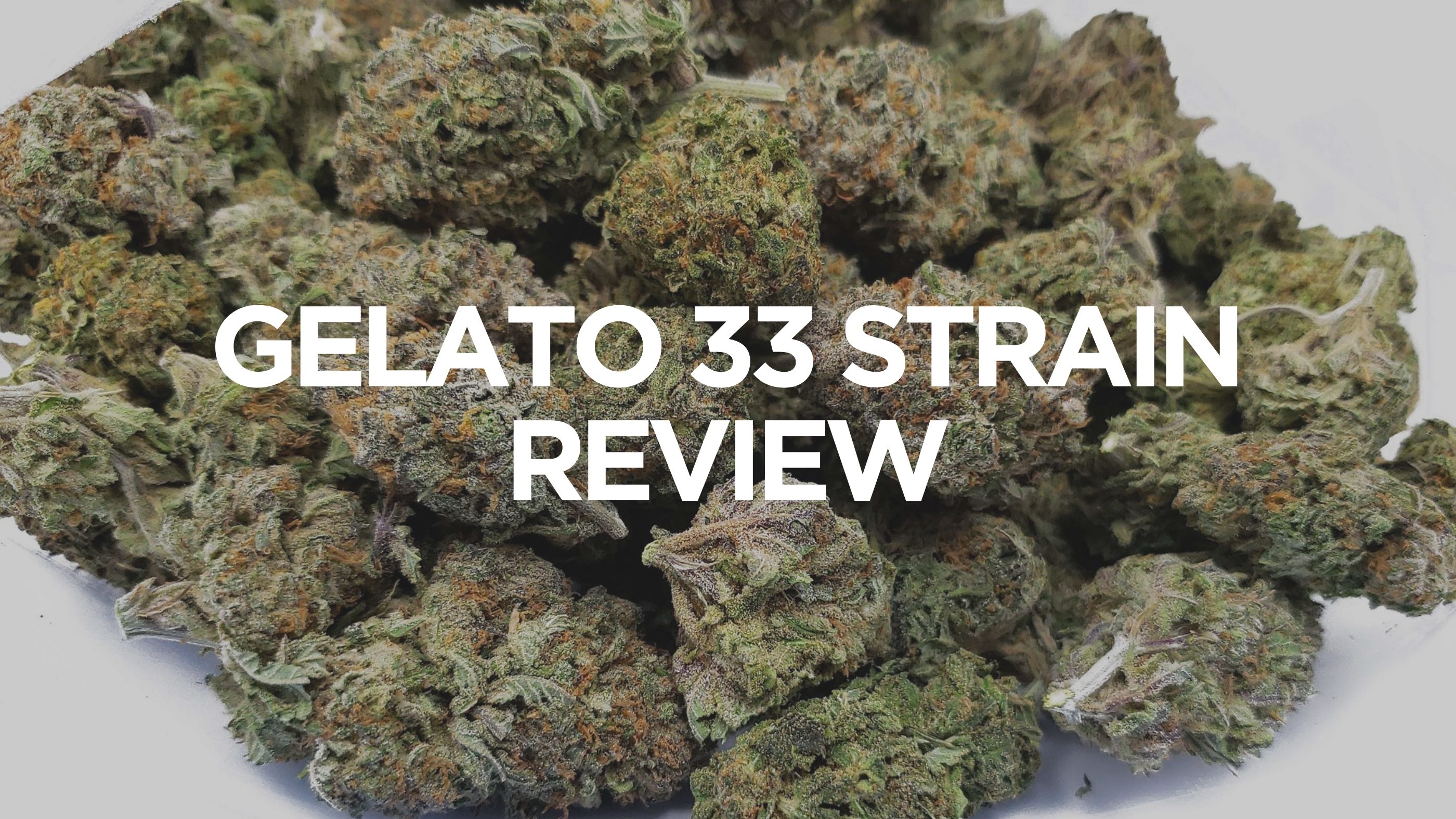 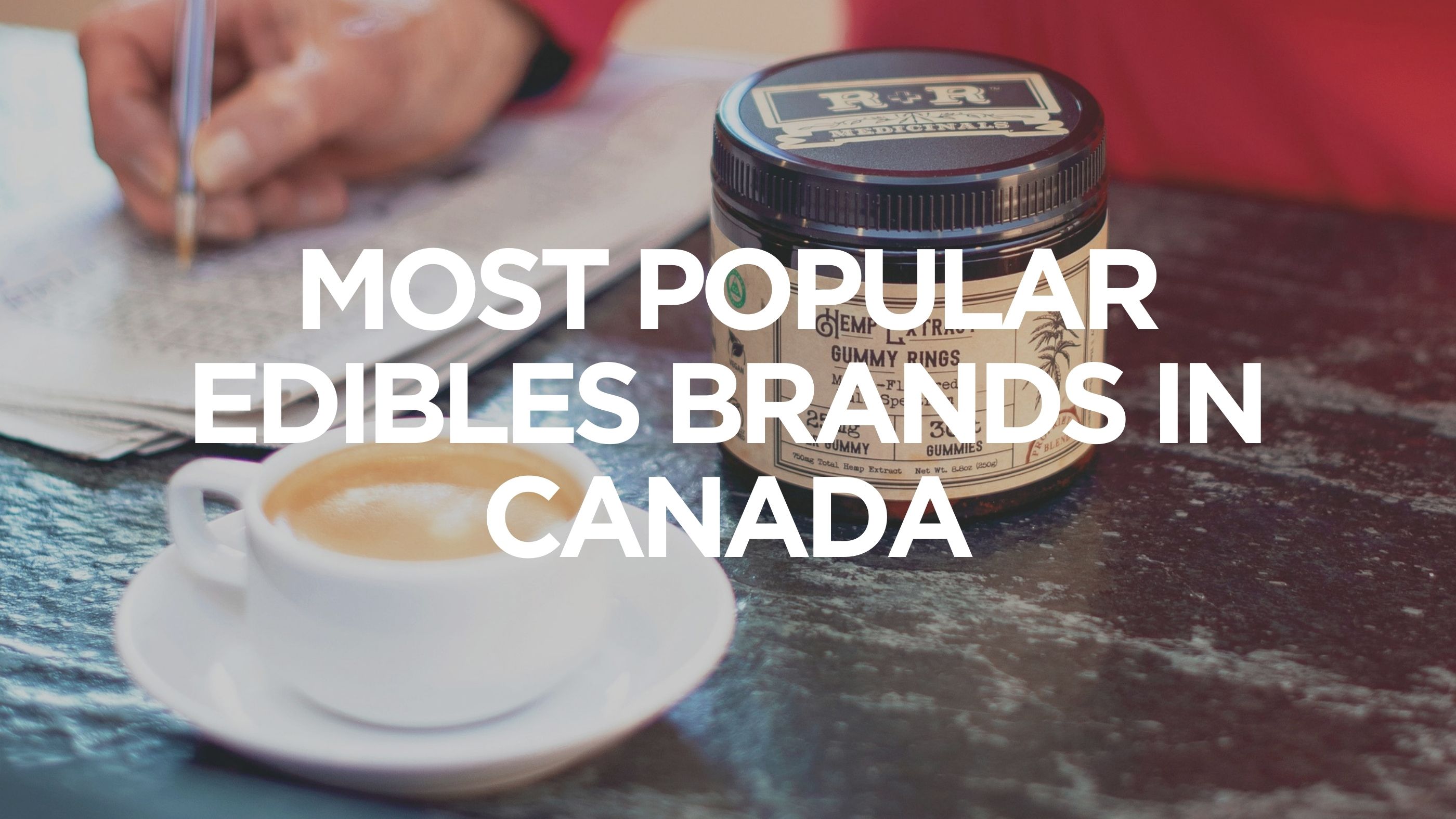 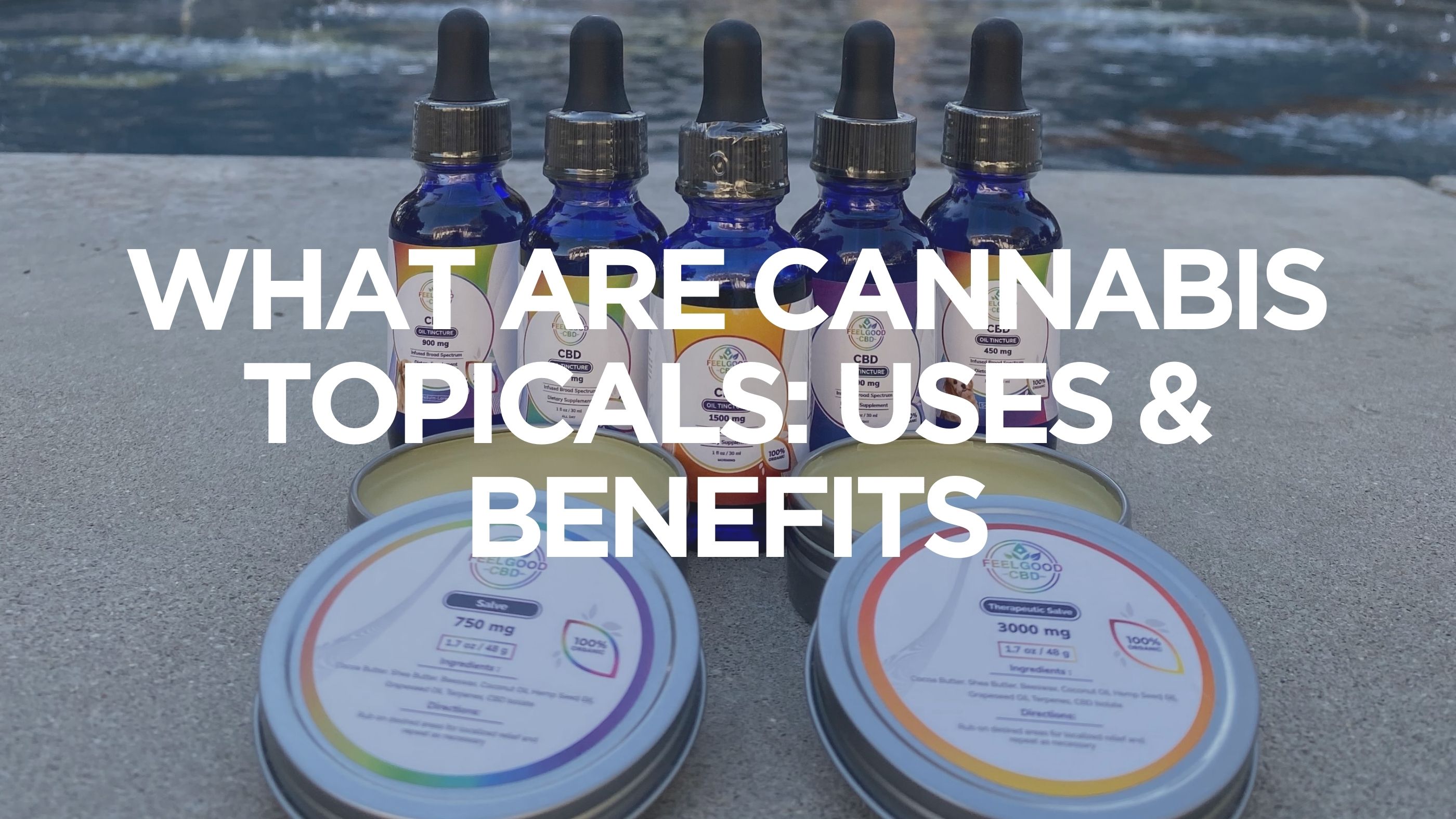 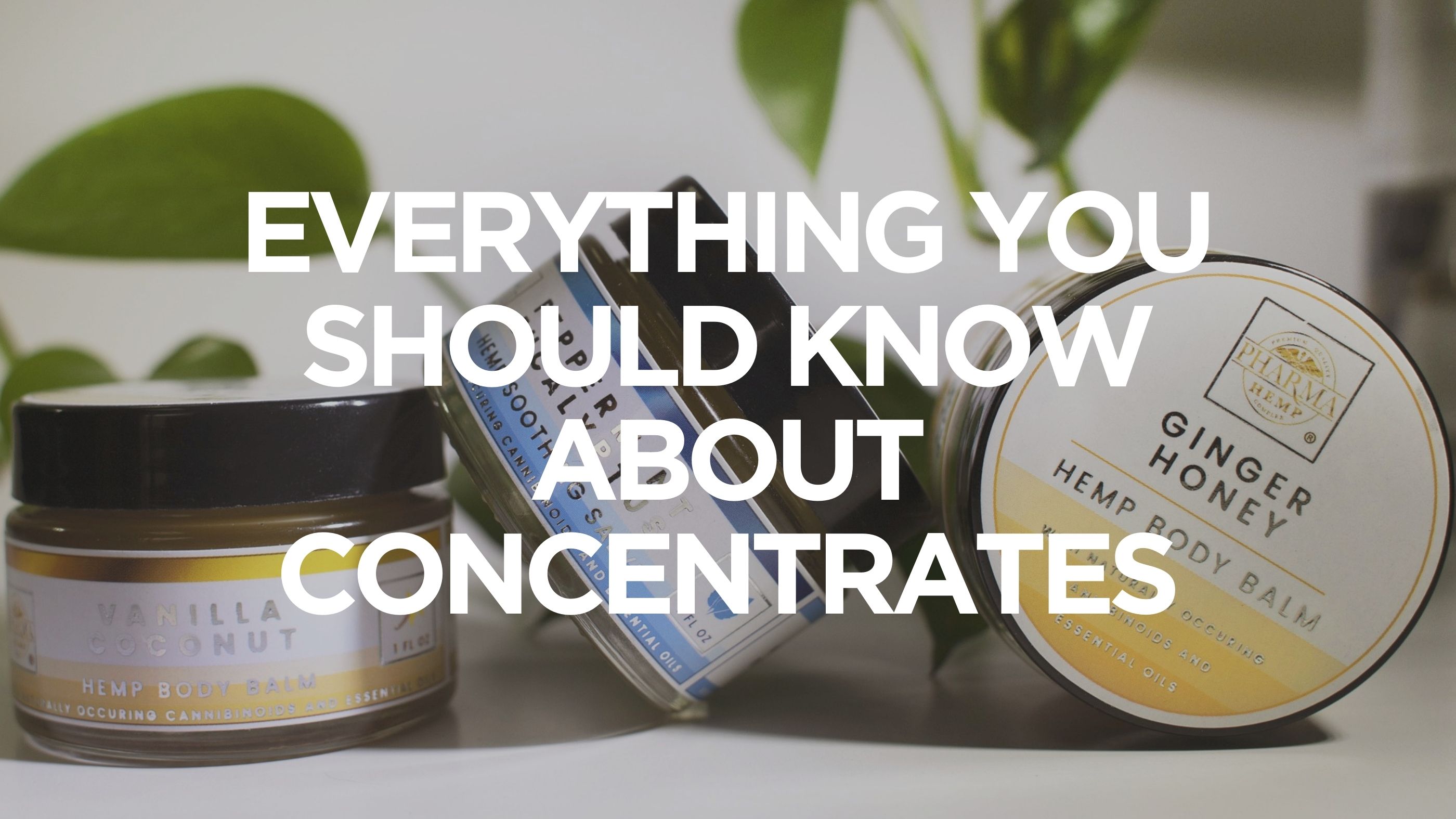 Everything You Should Know About Concentrates
Read More 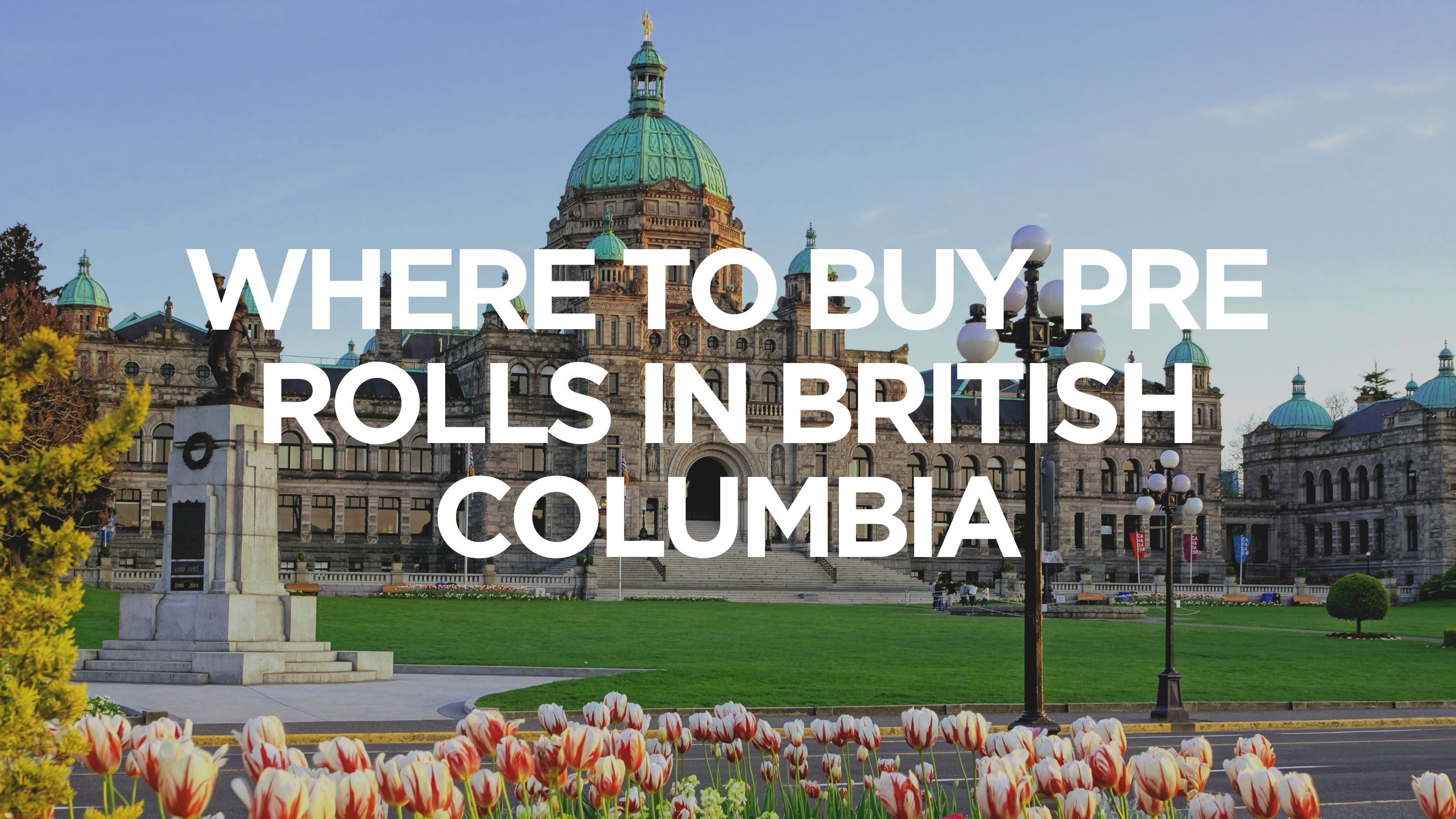 Where To Buy Pre Rolls in British Columbia
Read More 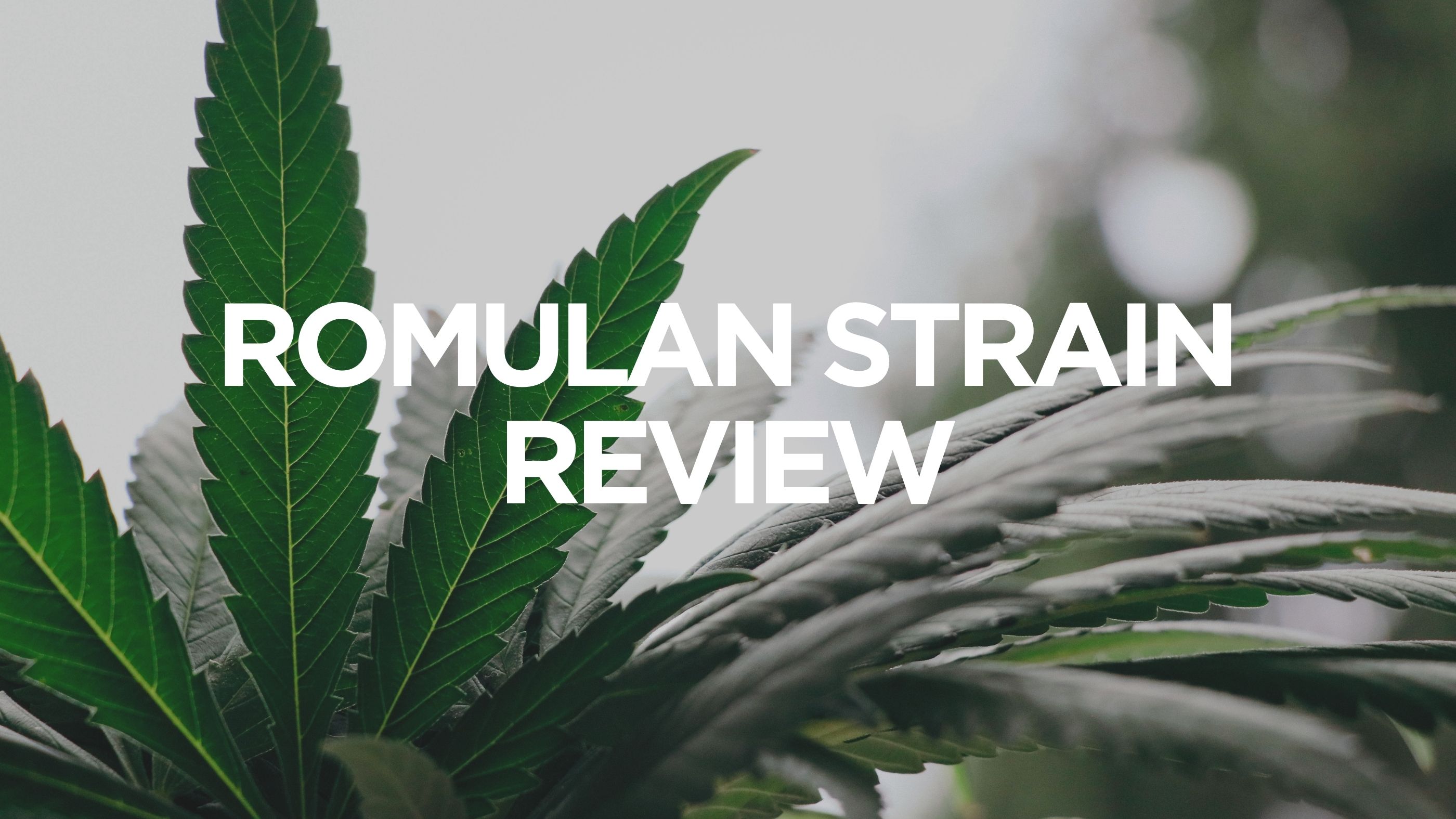 Thank you! Your submission has been received!
Oops! Something went wrong while submitting the form.
Cannabis SEO
by Latched
Copyright © 2021 - ARCannabis Stores