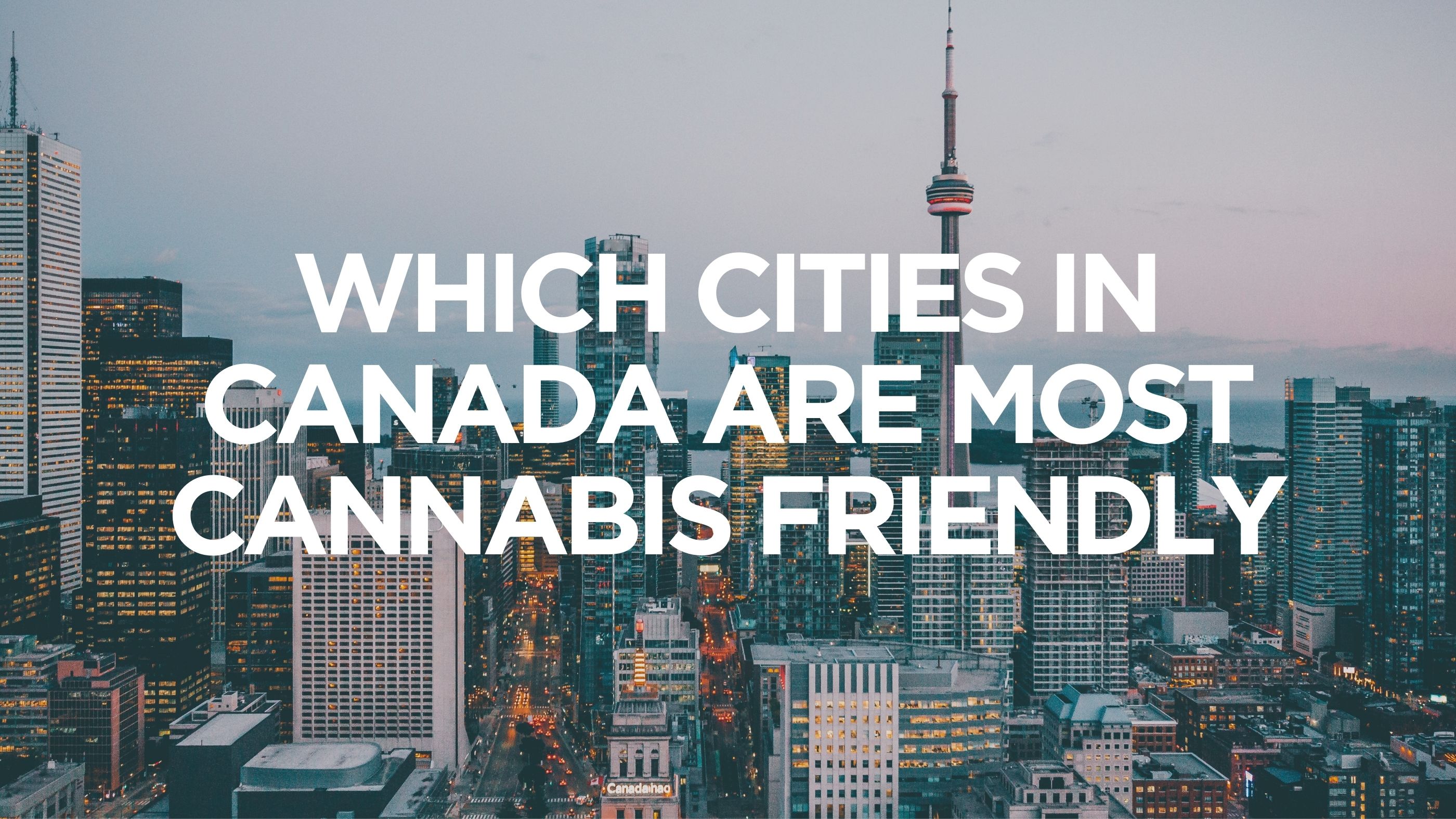 Which Cities in Canada are Most Cannabis Friendly

The medicinal and recreational use of cannabis in Canada was legalized in October 2018. With the increased demand for pot products, many entrepreneurial minds invested heavily in the industry. However, government regulations did not make the economic landscape easy to navigate.

Vancouver is one of the most cannabis-friendly Canadian cities. It has an exceptional cannabis culture and has played a crucial role in the proliferation of the Canadian cannabis industry. Today, there is a growing number of dispensaries in the city, making it easy for consumers to get their weed when they need it.

Vancouver was one of the cities that led the charge towards legalizing recreational marijuana. After the cannabis legalization, people could smoke weed in places where they were allowed to smoke cigarettes. In British Columbia, there are nearly 300 dispensaries, and around 10% of them are located in Vancouver.

You can enjoy cannabis at any time at home, but if you want to enhance your weed experience, it is best to go out and explore the area while enjoying the relaxing effects of CBD or the euphoric high of THC. The sights and sounds of nature can enhance the effects of these cannabinoids.

Enjoy the serene atmosphere and stunning views at Stanley Park. Listen to the sounds of calming waves at the English Bay, Kitsilano Beach, or Sunset Beach. If you are not a beach person, explore the many adventurous mountains in the Vicinity. If you are not set for an outdoor adventure, you can always read a book or enjoy the company of friends at Amsterdam Cafe and the other cafes in the area.

The city of Toronto is one of the cities that feature exceptional cannabis culture. In some places, you are not allowed to smoke publicly. However, Toronto is one city that allows you to smoke cigarettes and cannabis in many places without legal consequences. The government has a relaxed stand on cannabis use.

Just like Vancouver, there are a lot of beautiful smoke spots in Toronto. Check out Cherry Beach if you want to listen to the meditative sound of the sea. We recommend this, especially if you are smoking relaxing marijuana varieties. If you love wide open spaces, visit Trinity Bellwoods Park. The green surroundings are not only relaxing to the eyes but to the soul, as well. Check out Don Valley and Toronto Islands if you want more public beaches or an amusement park.

Toronto, Ontario, is home to Hotbox Cafe, one of Canada's only legal consumption lounges. You can find it in Kensington Market, one of the best places to visit if you love your weed. You can smoke recreational cannabis and enjoy the highlights of the city.

Not all people have the freedom to get out there and explore nature. If you have difficulty moving around, you can always consume cannabis at home. Order your favourite cannabis products online or through the province-run Ontario Cannabis Store. You can order today, and it will be delivered the same day to your doorstep. Even the provincial government values its cannabis-consuming citizens.

Quebec, as a province, may not be as cannabis-friendly as some provinces, but the city of Montreal is an exception. After the Canadian cannabis legalization, Quebec made strict regulations on the use of cannabis. In many provinces, the legal age for cannabis consumption is 18 or 19 years old. In Quebec, the legal age is 21. Cannabis use in outdoor and indoor public places is also prohibited.

Fortunately, the city of Montreal is open to cannabis use. In 2019, the mayor stated that it would be impossible to enforce a ban on public smoking. Hence, she made a stand that municipalities should exercise their right to decide what is best for their constituents. Despite her stand on the matter, the Cannabis Regulation Act enforced the ban on public smoking, whether indoor or outdoor.

In Quebec, you can only purchase weed through the government-run Société Québécoise du Cannabis. There are only three locations in the city, but at least you can get access to weed. Soon enough, more dispensaries will open up.

Hopefully, the province of Quebec may soon ease up on strict regulations at their own pace, following the example of Montreal. As of now, if you cannot find your favourite cannabis products from the tightly regulated SQDC, you can always order online as long as you are qualified to purchase.

Montreal is the second-largest city in Canada and home to almost two million people. With these huge numbers, there are certainly thousands of cannabis lovers in the city. Hence, it is just right that the city government supports the people's right to smoke cannabis for recreational or medicinal use. Until today, it continues to be a city of tolerance amidst the over-regulation of cannabis use by the La Belle province.

By the way, Montreal celebrates the weekly Tam Tams festival during the summer months. It features dancing and drumming. Of course, there will always be vendors of all sorts in these kinds of festivals, including cannabis sellers. If you love enjoying your weed with other people, these festivals should be on your list.

Calgary is the most populated city in Alberta and the third country after Toronto and Montreal. Hence, it is filled with many cannabis lovers, as well. After the legalization of cannabis in 2018, Calgary contributed much to the national legal sales. More dispensaries are soon to open to cater to the increasing demand for high-quality legal cannabis.

Calgary now has few production facilities for cannabis. It also hosts the HempFest Cannabis Expo, which features The HempFest Cup, a legal cannabis competition. The competition is a great way for growers to come together and share their homegrown weed with the rest of the population. You can grow your bud and enter the contest. You get constructive criticism and positive feedback on your cannabis plant and possibly insight into how to produce even better strains in the future.

You may not think of Halifax, Nova Scotia, as a cannabis-friendly city. However, 23% of its population uses cannabis. Of course, this may also be because a significant portion of the population is composed of university students who love the thrill of using cannabis to enjoy the best days of their lives.

After the legalization of cannabis, the town enforced limits on the smoking of weed in public places. Nonetheless, there are designated areas for smoking. If you cannot smoke in certain areas, you can always consume your cannabis in other forms, like edibles and beverages, for example.

The Canadian Cannabis Industry After Legalization of Recreational Cannabis

During the first year after the legalization of weed, legal cannabis producers had it rough. With many strict regulations to follow, they had to create top-quality weed at lower prices to erode the utterly thriving illicit market. Fortunately, they learned to thrive by creating other forms of cannabis products to attract more customers.

By the end of 2020, the legal market finally overtook the unregulated market. This is based on a report by Statistics Canada. As the legal producers make better products and continue to grow their loyal customer base, the sales from unregulated retailers will continue to drop significantly.

Federally legal cannabis started sour. Because of the cannabis-related costs, producers had to put higher prices on their products. This prompted at least 40% of cannabis users to buy weed from illicit sources.

However, legal cannabis and illicit cannabis are not created equal. Legal cannabis has to undergo lab testing to ensure safety, quality, and potency. Unregulated weed is not checked for contamination. Therefore, it is safer to buy from a legal source than an illicit one.

Those mentioned above are just a few of the favourite weed-friendly cities in Canada. Today, more retail stores cater to the growing number of cannabis users in the country. However, there are some areas where you can easily find a pot shop literally but have to spend time looking for a legal place to smoke cannabis.

If you plan to visit Canada soon, be sure to check out provincial and city regulations on cannabis use to avoid getting in trouble with the law. For top-quality cannabis, check out these links if you are buying weed in Vancouver or buying weed in Richmond. 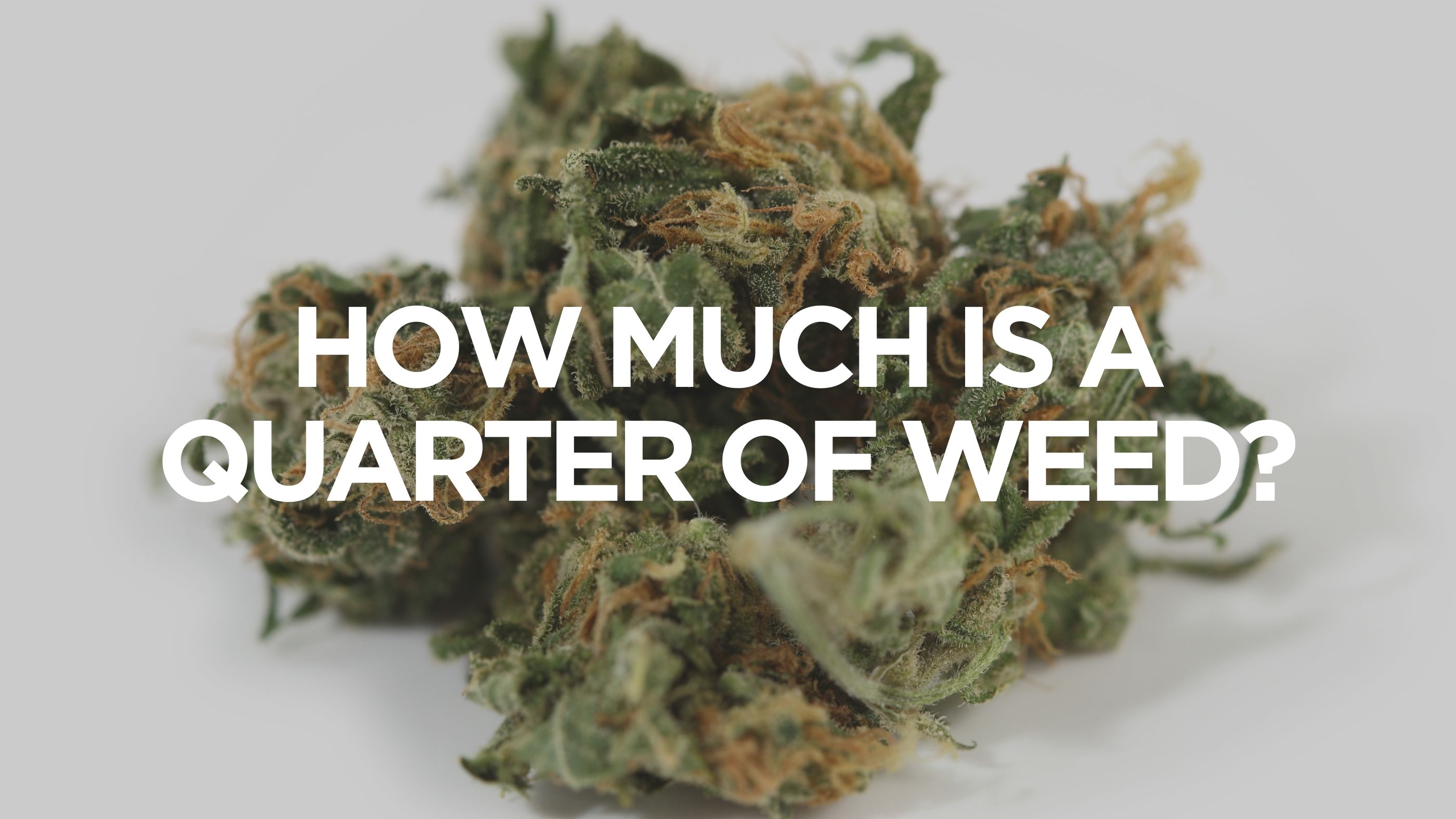 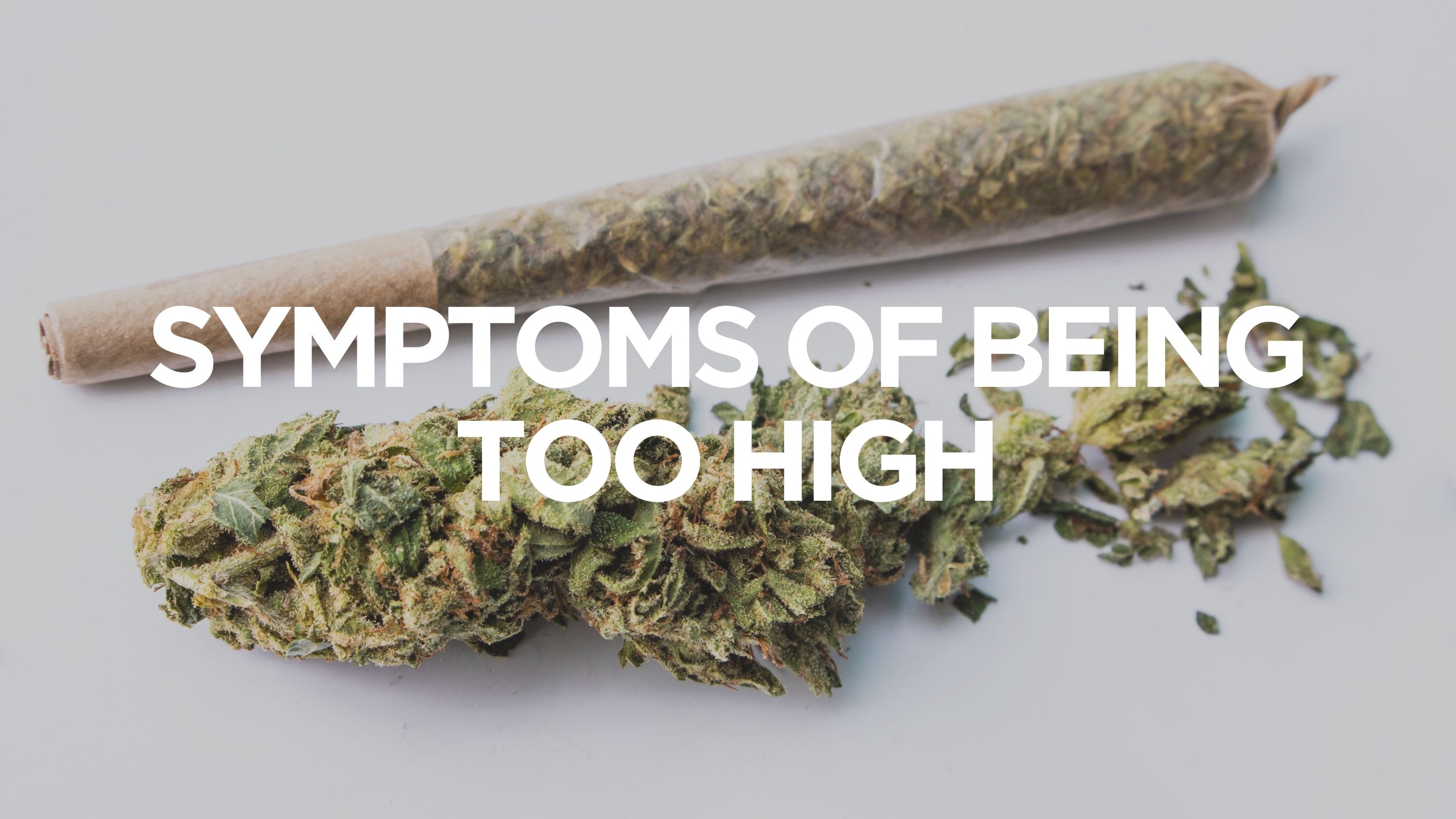 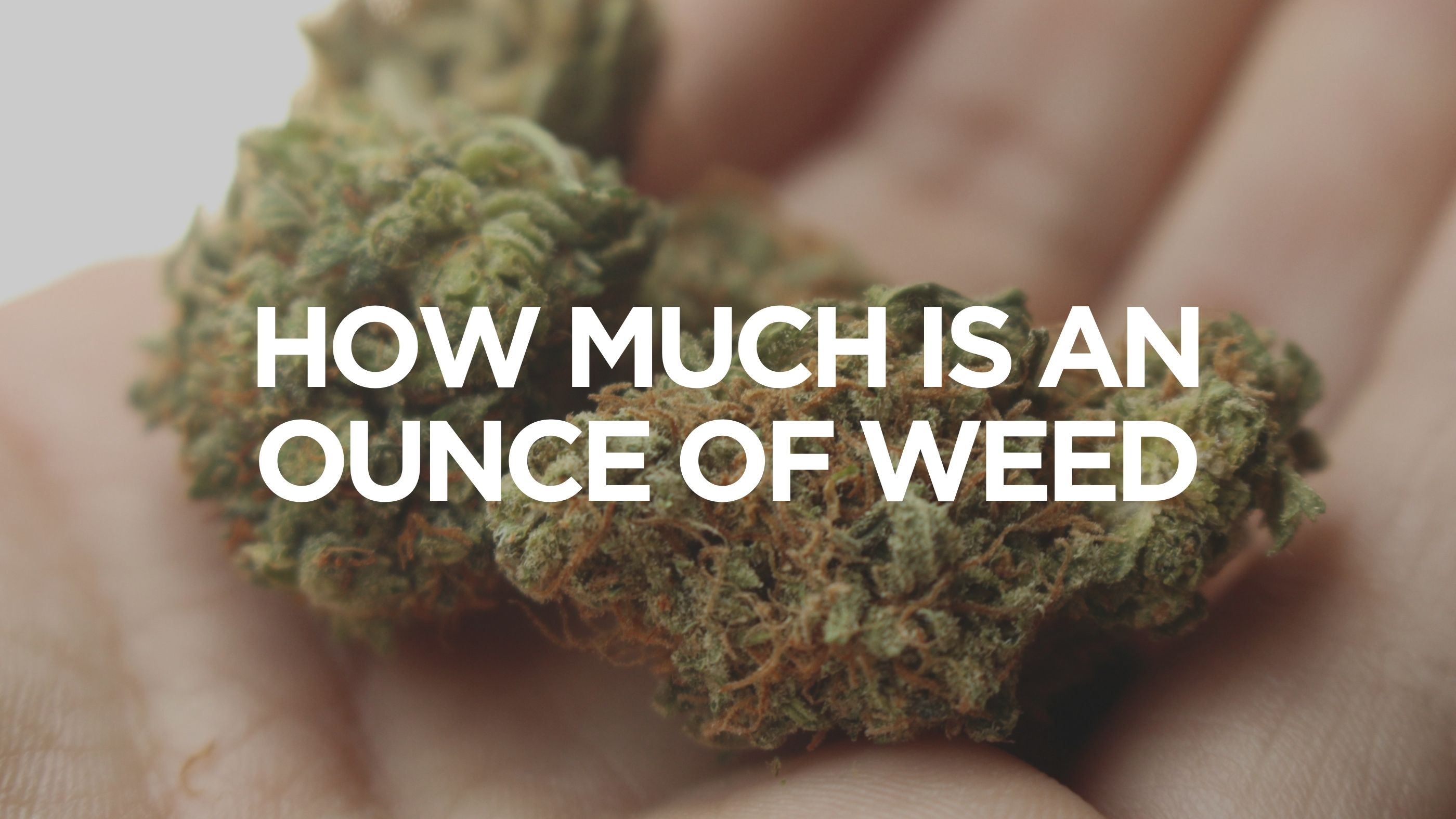 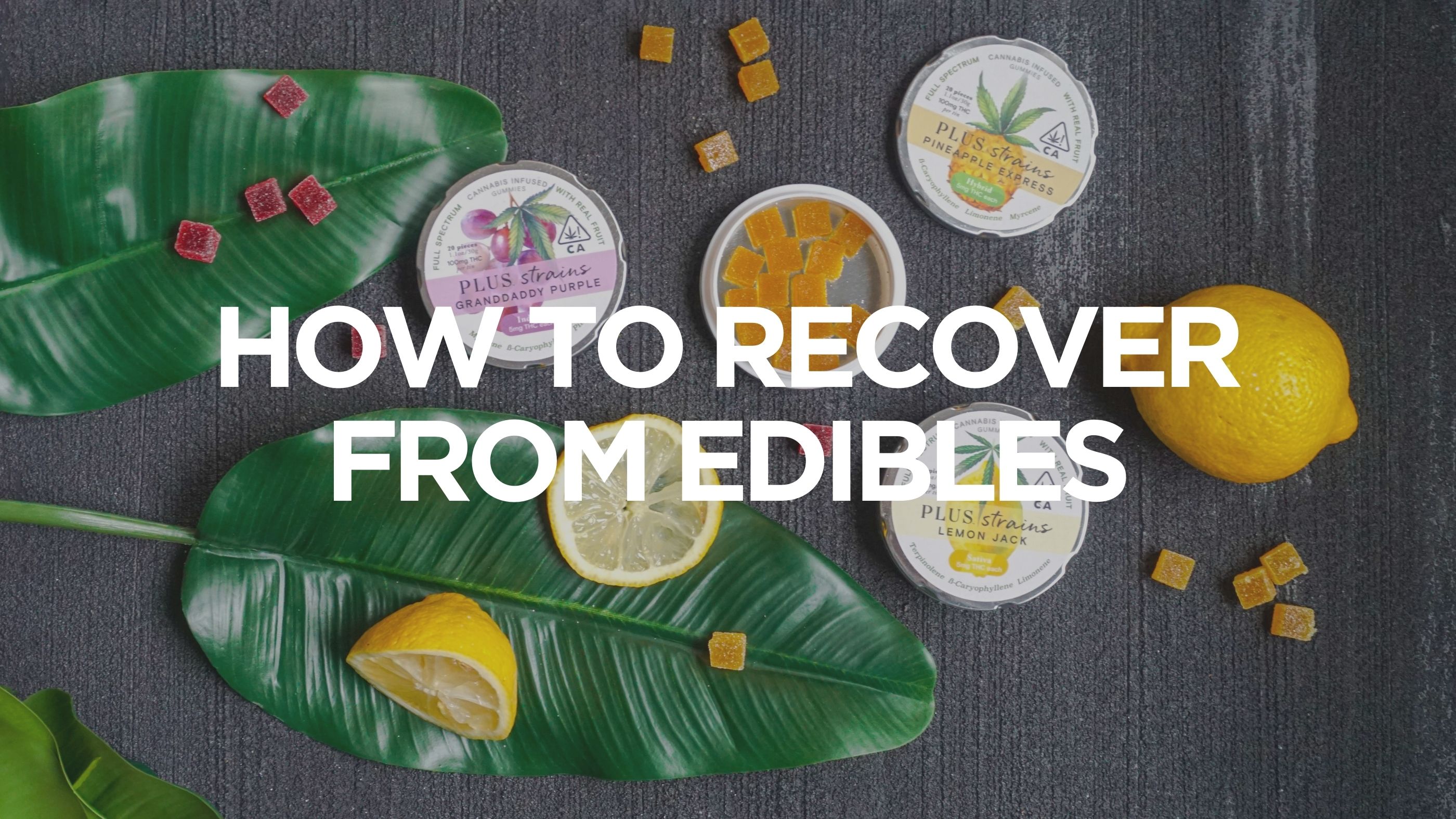